Send us your story via our quick submission form. 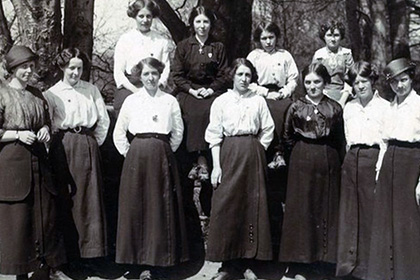 Women taking up roles in the workplace which were emptied of men as World War One began, soon showed conflict was not confined to the front line. One group of Cumbrian textile workers making khaki uniforms made sure the fight for their rights got national attention when they went on strike for better pay. See this 7 minute film.

With thanks to Whitehaven Archives and the BBC.
https://www.bbc.co.uk/sounds/play/p02b0l5z 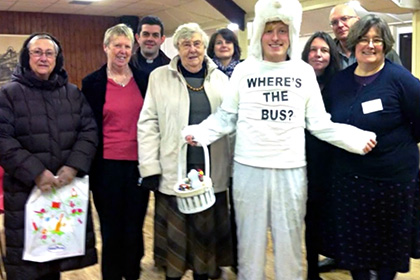 Campaign to save a bus service in Radstock, North East Somerset

A local campaign brought together activists, residents and officials on the Council. The campaign provided a chance for people to tell the Council what the bus services meant to them and how they could be improved, and helped to bring about additional bus services and improved timetables.

With thanks to Sue Bond and Jack Madden.
https://www.youtube.com/watch?v=ppkpGAieiRg 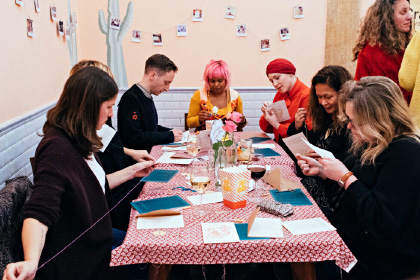 Changing the world through creativity. Using crafts – sewing or making things by hand, to try and achieve political or social change. A form of ‘gentle protest’. You can hear one of Craftivism’s most well known practitioners, Sarah Corbett on BBC Radio 4’s Four Thought.

With thanks to Sarah Corbett and the BBC
https://craftivist-collective.com/blog/2020/11/bbc-radio-4-four-thought-full-script/ 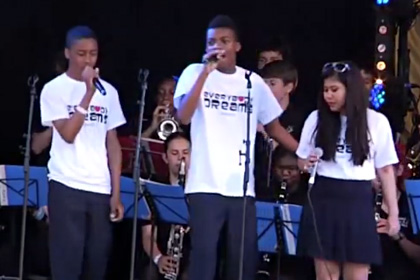 Everybody Dreams, Tottenham – young people’s response to the 2011 riots

A year on from the August 2011 riots, the streets of Tottenham were brought to a standstill for all the right reasons, when pupils of Gladesmore Community School (GCS) recorded the video for their single ‘Everybody Dreams’. 100s of students recreated a Flash Mob in the middle of Tottenham High Road which stopped traffic while they danced in the streets with local retailers who shut up shot to support them. GCS pupils wanted to counter the negative images of Tottenham, broadcast during the riots, by drawing attention to the fact that their area is full of positive young people, who are embracing life, are keen to achieve and want to encourage others to achieve their dreams.

With thanks to Tyrone Lowe, Mark Galloway and Exposure – Youth Communications Charity
https://www.youtube.com/watch?v=n_16BxMne68 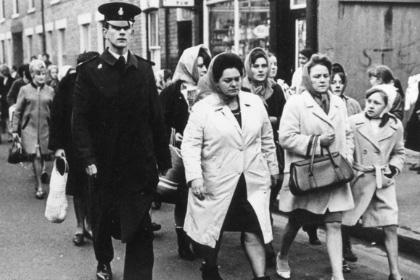 In 1968, a group of women from Hull staged a campaign to improve safety in what was then one of the world’s most dangerous industries. See this film made by the BBC about the ‘Headscarf Revolutionaries’.

With thanks to D. Brian Lavery. You can read the full story in his book, The Headscarf Revolutionaries: Lillian Bilocca and the Hull Triple-Trawler Disaster by Dr. Brian Lavery
https://www.bbc.co.uk/ideas/videos/hulls-headscarf-revolutionaries/p061zdfs 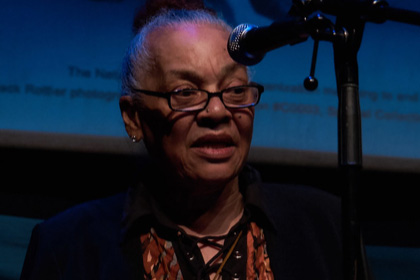 Journey to Justice patron Jean Stallings is a long time campaigner against poverty. As a young mother in the 60s, Jean got involved with the National Welfare Rights Organization (NWRO). “It changed my life. I got involved